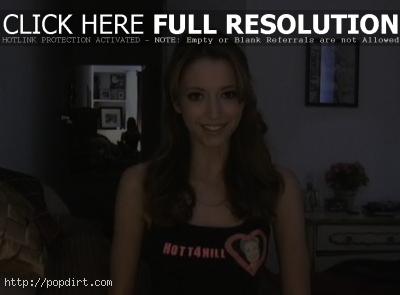 ‘American Idol’ season three contestant Taryn Southern is out with a follow-up video to ‘Hott 4 Hill’, a song in support of Hillary Clinton’s presidential run earlier this year. Now Southern is throwing her support behind Barack Obama with ‘My Presidential Love Song’.

“This is a message for everyone out there who was once hot for Hillary Rodham Clinton,” Taryn said introducing the video. “Now I know how you must all be feeling. She was pretty damn sexy, but the truth of the matter is there’s an election coming up this November 4th and Hillary would want us to be there. So we have a choice…”

October 15, 2008 Jeff C Multimedia No Comments
«David Archuleta: I’m Not Dating Anyone
Justin Timberlake & Jessica Biel Help Get Out The Vote In Nevada»