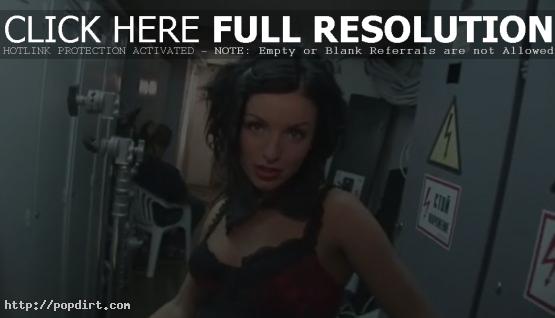 t.A.T.u. star Julia Volkova posted a message on the band’s website diary the evening of their appearance on the MTV Europe Music Awards in Lisbon on November 3rd. “Hi everybody! We’re in the dressing room now, getting ready to go on stage,” she writes. “Our dressing room is right opposite that of Shaggy! Yesterday – the dinner with Bill Roedy – was fun! Met Shakira, she’s not very tall – just like us! Also hanged out with Flipside – cool guys! We’re presenting award in ‘Best Male’ category. It’s awfully lot of people here… but we miss Moscow already! Love you all, kiss you all! Your ‘Tatushki’!”

Tatu: We Never Claimed To Be Lesbians

October 21, 2005 – Aftonbladet.se caught up with t.A.T.u., where Lena Katina cleared up how they never claimed to be lesbians, but would just kiss as two loving sisters. That prompted Julia Volkova to tell Lena, “I love you.” The site has since removed the video.