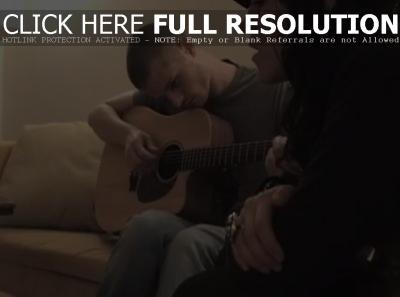 Terra Naomi and Jay Brannan teamed up on a ‘Say It’s Possible’ performance posted at Naomi’s YouTube channel before performing together for the first time in London, England.

“We had never met in person, and it was amazing to hang out and sing with him,” Naomi said. “He has an otherworldly voice. I mean it. So anyway – we rehearsed for 10 minutes before the gig. (I was late. I’ll admit it. but it wasn’t my fault.) And then went to the Barfly in Camden for his 2nd sold out London show. The crowd was great – Jay has such lovely fans!”

Watch the clip, also featuring footage of the ‘Say It’s Possible’ duet at the Barfly gig, below.