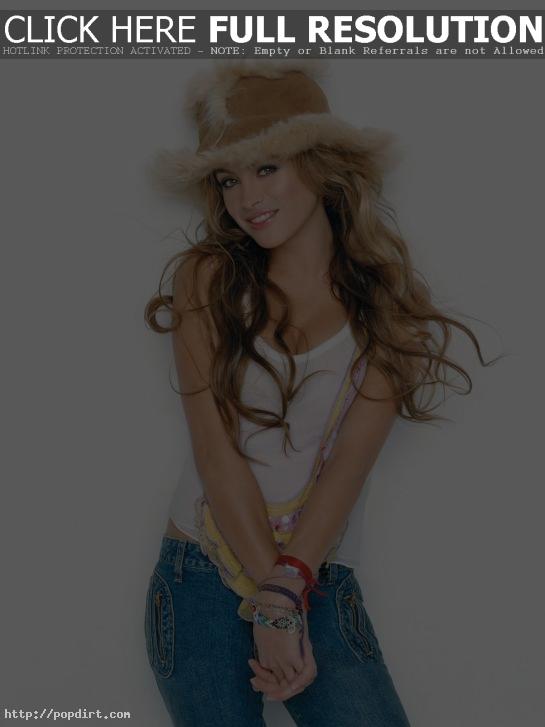 Where was Thalia (Tommy Motolla’s wife) at Premio Lo Nuestro? She was no where to be found, and here is why: 2004 and 2005 have definitely not been her years: her cd tanked, her clothing line is a disaster, her magazine bombed, and what else? It wasn’t her night. While Thalia refused to attend Premio Lo Nuestro this year, her fans decided to attend, and they had one goal in mind: ruin Paulina Rubio’s night.

While Paulina was on the red carpet, Thalia’s fans pretended to be her fans as well. They were holding Paulina posters, and all of a sudden they ripped them apart and took out their Thalia posters and began to sing “A Quien Le Importa,” a club hit by Alaska. Paulina was there and just brushed them off. This was her night, and she wasn’t going to let anyone ruin it. She told a reporter, “I don’t take it seriously.” Who would? Thalia’s fans had nothing to do there. It was clear what their objective was. Many people that witnessed this felt bad for Thalia and her fans. It was a desperate act on their part to get noticed, but nobody paid them attention.

While some of Thalia’s immature, desperate fans were outside making a fool of themselves, Paulina was inside Premio Lo Nuestro making it her night.

One of the evening’s highlights was Paulina Rubio’s rhythm-packed, spectacular medley of six of her biggest hits -including “Y Yo Sigo Aqui,” and “Dame Otro Tequila”- during which she shared the stage with mariachis, a gospel group, and a marching band. In addition to winning the Best Pop Female Artist and Best Music Video categories, Rubio received the “Jovenes con Legado” (Legendary Young Artists) award, a special recognition given to artists who launched their careers at an early age and went on to achieve extraordinary success as adults.