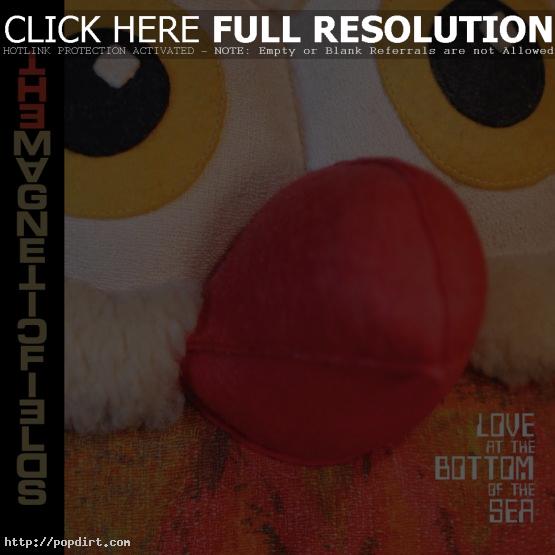 The Magnetic Fields latest album ‘Love at the Bottom of the Sea’ will be released by Merge Records on March 6th. The band’s tenth full-length album is their first release of new material with Merge since 1999’s ’69 Love Songs’. The band will celebrate their new album with a North American tour that passes through the SXSW Music Showcase in Austin, Texas.

After putting out three synthesizer-free albums, The Magnetic Fields are returning to the signature mix of synth and acoustic sounds they established in the 90s with Merge releases such as ‘The Charm of the Highway Strip’ and ‘Get Lost’. Stephin Merritt has come back to the synth with a fresh approach: “Most of the synthesizers on the record didn’t exist when we were last using synthesizers.” The songs — none over three minutes long — were recorded in Los Angeles, San Francisco and New York with Merritt’s usual cast of collaborators: Claudia Gonson, Sam Davol, John Woo, Shirley Simms, Johny Blood and Daniel Handler.

There will be a limited-edition eggshell-colored vinyl available exclusively to those who pre-order the album at MergeRecords.com. The first 100 people who order the album from Merge will receive a free signed poster and a Magnetic Fields button, as well.