The Saturdays March With The Troops 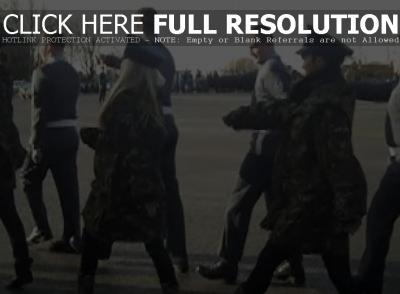 The latest ‘Ego’ flip video from The Saturdays in celebration of the single’s release comes from the day the British girl group helped deliver presents to the troops. Frankie Sandford suggested that they run through a marching drill, which she and bandmates Una Healy, Mollie King, Vanessa White and Rochelle Wiseman did and were subsequently told by the drillmaster their form wasn’t very good.

Video of the left, right and turn action has since been removed.