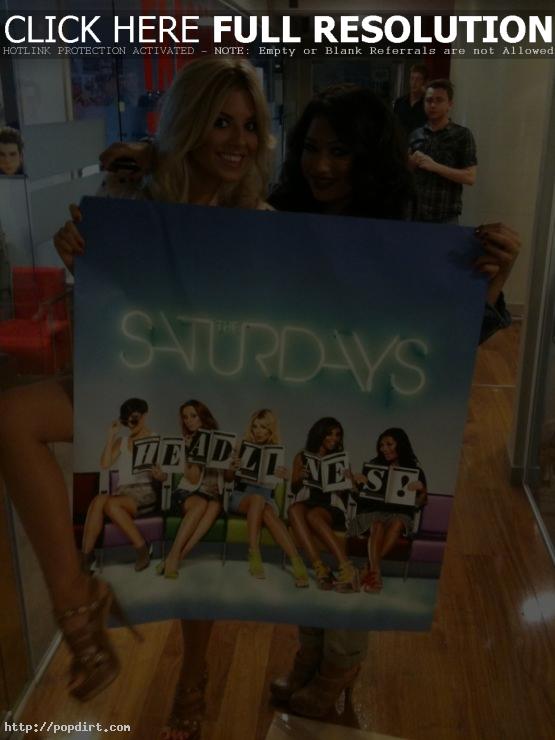 The Saturdays are celebrating the release of their new album ‘Headlines’ today, though it comes in wake of the British girl group missing out on being #1 with their new single ‘Missing You’ thanks to Flo Rida topping the UK singles chart with ‘Can’t Handle Me’. The group also had to cancel a show at G-A-Y on Saturday after Frankie Sandford and Vanessa White became ill. “Frankie was so ill she couldn’t perform and the girls were going to go on without her,” a source told The Mirror. “But then when Vanessa started chucking up they felt they couldn’t go on with just three.”