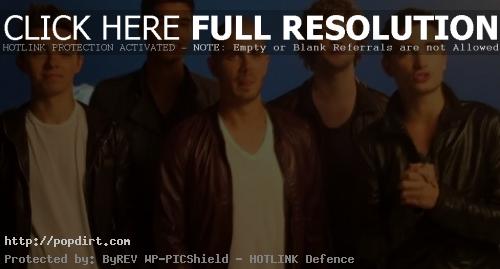 The Dave Ryan Show interviewed Max George, Jay McGuiness, Siva Kaneswaran, Tom Parker and Nathan Sykes of The Wanted recently, where the boyband talked about entertaining themselves with burping, Tom’s #2 issue, knowing when ‘Glad You Came’ would be a hit, their delayed entrance into America and Jay getting identified playing Draw Something.

On a tour bus story:

On the first reaction to getting ‘Glad You Came’, Max said:

It was kind of mixed. We were pretty drunk at the time we heard it. Siva was gone, he was plastered. I personally wasn’t sure because I was like we’ve got an accordion in one of our songs, I’m not sure this is gonna work. For me, as soon as we saw the video, then I thought yeah, this is gonna be a big summer smash, and it was.

We waited for six hours to get in the country. It was a long, long security check. Six hours at L.A. airport.

I have an app called Draw Something, which is basically online Pictionary. I randomly generate games with users you don’t know, and I didn’t have a clue that anyone realized I’m in The Wanted, and before someone drew a pigeon, they drew the words, congrats on Idol, and then drew a pigeon. I think my user name gave it away a little bit but… It’s a nickname of mind, but only one fans or the band would know.

The interview audio at iheart.com has since been removed.