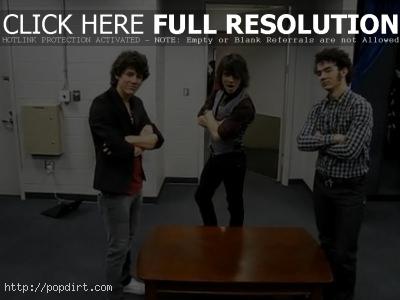 Nick, Kevin and Joe Jonas of the Jonas Brothers checked in with their MySpace friends (@jonasbrothers) on Sunday (August 31) with the following bulletin:

ONE MILLION FRIENDS!!
Thanks everyone!

You are amazing.
Thanks for making our dreams come true