Tom Fletcher: I Would Never Give One Direction Sh** Songs 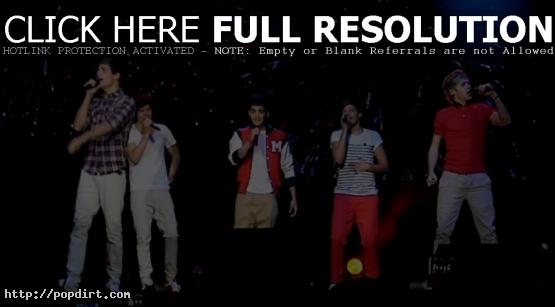 Tom Fletcher of McFly checked in with his Twitter followers (@tommcfly) moments ago, clarifying a story that was in Metro suggesting that he wrote substandard material for the boys from One Direction.

“It’s hard when you’re writing for someone else. You obviously always want to do your best work but sometimes you write and have a song idea and you’re like, ‘Oh, it’s so good I want to keep it for us’,” Fletcher told the publication, at which point his bandmate Danny Jones jokingly added, “‘You sent that slightly sh**ter one, didn’t ya?”

In response to the story, which apparently got him some heat from fans of Niall Horan, Zayn Malik, Liam Payne, Harry Styles and Louis Tomlinson on the social media web site, Tom said:

So, the stuff in the press today about us giving One Direction our “sh**” songs is obviously completely false.

What Danny said was obviously a joke. We would never, NEVER, give anyone “sh**” songs and as I clearly say in the interview…

“You obviously always want to do your best work”. In fact all 3 songs I’ve written for 1D are some of my favorites I’ve EVER written and…

I genuinely would have kept them for McFly but I have never, and will never give anyone second rate songs.

How would that ever be good for me as a song writer?

And the most important point of all is… I’ve never written a sh** song ;)