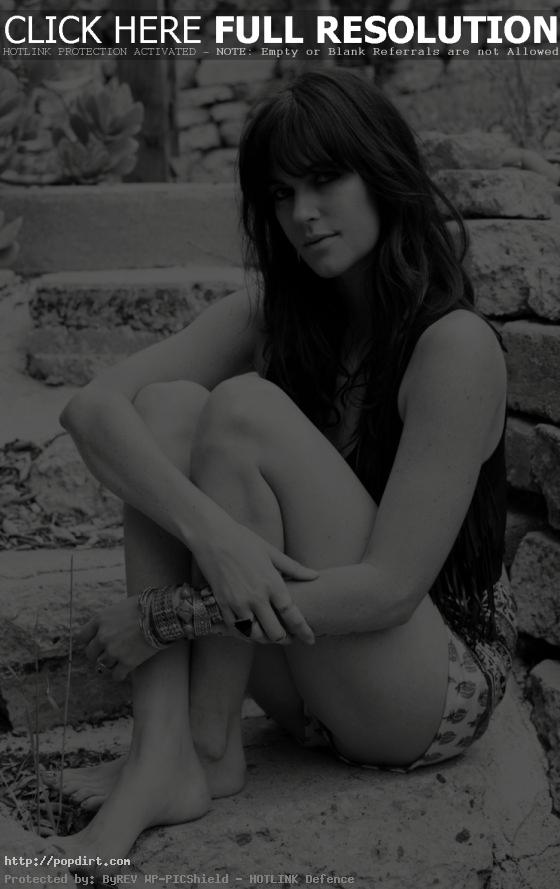 Tristan Prettyman took the time to Michelle Buchwalter of 97.9 WRMF in West Palm Beach, Florida about her new album ‘Cedar + Gold’, touring, staying in shape on the road, touring with The Script, the story behind ‘My Oh My’, still believing in love after the end of her engagement with Jason Mraz, and the decision to write the songs ‘Say Anything’ and ‘I Was Gonna Marry You’ about the breakup.

Discussing ‘Cedar + Gold’, Tristan said, “The record has been a long journey. It was like a year that I took off and it turned into three years, or almost four years actually, a ton of traveling and just trying to connect with myself again and what I wanted to do and really check and make sure I wanted to be playing music. Then a vocal surgery, an engagement, an un-engagement, and I slowly found myself coming back to music. I think throughout my life I’ve always come back to music when I feel the need to get something out and express it. I definitely did not rush this album, and I just sort of moved out of the way and let it be what it was going to be. I think everyone has that place they either will get to in their life or they’ve had in their life they sort of get it all together and they have the moment of like, is this really what I want to be doing? You’ve got to check and really take the time. It’s sort of my journey of finding my feet back on the ground.”

On touring with The Script, Tristan said, “They are the most nicest, kindest politest, most fun, one of the most fun bands we’ve ever toured with. They’re always running around being goofy. We have an open door policy, so if our dressing rooms are open, we’re always in and out. I’ve been trying to get them to do yoga… They’re all just great. They’re all supposed to be Rodney and Danny and Glen, for the first couple of shows I didn’t know who anybody was, because they all had accents, and the crew all sounds the same. They just had that Irish spirit that’s so fun and it’s just wonderful to be around.”

Talking about how she stays fit, Tristan said, “I’ve been running on the road actually. When I’m home I love yoga. I grew up in a really active family. My mother was an aerobic instructor, my parents run marathons, and so I’ve always been active. I can only do three miles and then I can barely do that. Running is great because you get your heart rate up and do just 30 minutes of it. On the road we’re traveling city to city and I want to save most of my energy for the show.”

Asked if she still believes in marriage after her engagement to Jason Mraz broke off, she said, “‘Say Anything’ was the first song I wrote for this record and that song represents speaking your truth and when it comes down to it and a relationship starts going sour and people start being resentful for making decisions based on thinking they’re gonna make the other person happy, and the lack of communication that’s going on, that song was written right after the first talk that we were gonna break up. ‘I Was Gonna Marry You’ was the second song that was written after we had a talk about how we were just gonna split up, but we weren’t gonna make a big deal about it. We weren’t gonna make a public press release and then he one night felt the need to be on the red carpet and just spill the whole story to someone and called me and said ‘I just want to tell you I gave the whole story to so and so reporter’. I was like, ‘Okay, what happened to the talk we just had a week ago?’ I had a moment like wow, I’ve been in a relationship with someone for nine years and I don’t really even know them, or what they’re capable of.”

Questioned whether she and Jason still talk, Tristan said, “No, not really. That song was written because I didn’t have an outlet at the time. I didn’t have a record. The record wasn’t out yet. I didn’t want to blog about it. I didn’t want to react to it. I went to my friend Dave Hodges house the next day to write and I literally was so ‘What the F!’ and I was like I want to write a song ‘I Was Gonna Marry You’, and Dave and Steve, who was writing with us at the time, looked at me and were like, ‘Are you sure you want to go there?’ I was like, ‘Yes! Why am I beating around the bush?'”