Tristan Prettyman On ‘Cedar + Gold’ And Finding Her Voice 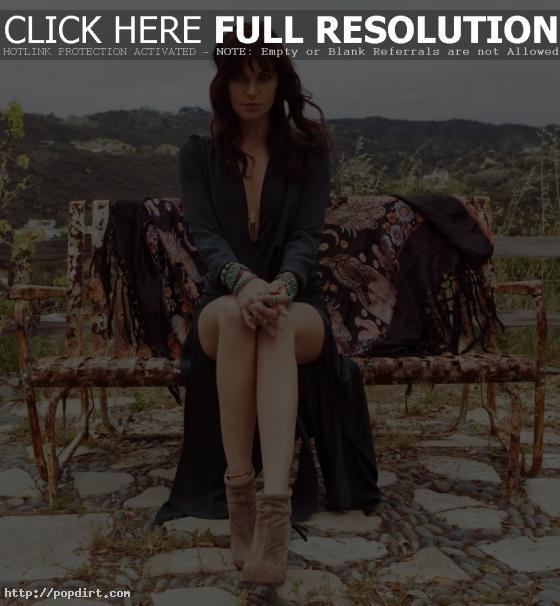 Tristan Prettyman spoke with Indaba Music about the story behind her ‘Cedar + Gold’ album title, finding her voice on the album, and liking how music is spread over the internet instead of the sole discretion of record labels.

“I wrote this album in the middle of my house, which is the house my dad bought in the ’70s, my mom was pregnant with me there, and my dad and I recently remodeled it and I moved back in there,” Tristan said in regards to ‘Cedar + Gold’. “So I wrote a lot of songs there in the inside of the house and the ceiling is all cedar wood, so it’s this beautiful recycled cedar wood, and the title is sort of based on alchemy, so I consider the cedar as what held the space for me to spin my misfortunes and the songs into gold.”

As for how she’s evolved from her 2005 debut ‘Twentythree’ and the 2008 follow-up ‘Hello’, the 30-year-old explained, “This record is different than the last two records because I feel like I’ve found my voice finally on this record. The first record is your first record, so you have all these songs from when you first started playing music and you record them. The second record was written on the road, and this album the songs just came out of me. I literally had to catch them and transfer them to the recording studio. It feels like the record that I’ve been waiting to make.”

Talking about the leaking of ‘Cedar + Gold’ tracks, Tristan confessed, “If I had it my way, I’d probably give my album away for free. Don’t tell the label that. I want people to hear it, so at the end of the day we said it’s been leaked and there’s songs that are coming out, but they’re being spread and they’re being liked, and the feedback is great. It’s amazing. The internet, everything just spreads like wildfire. Someone likes something and tells a friend and it’s on Facebook and Twitter and YouTube and sharing it. It’s pretty great because years ago it wasn’t like that. It was solely up to the record label.”