Tyler James Wants To Hug Every ‘The Voice UK’ Voter 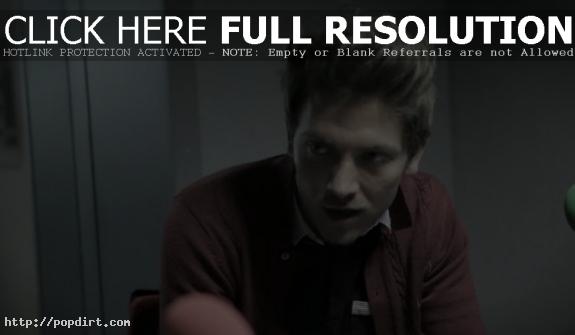 Tyler James talked about the support he received from fans when appearing on the first season of ‘The Voice UK’, where the British singer songwriter finished up second to Leanne Mitchell, and how he wants to repay them with his new album ‘A Place I Go’.

“Every single person that supported me on that show or picked up their phone and actually parted with their own fu**ing money to vote for me, if I could, I’d go out to every single one of them and give them a massive hug,” Tyler remarked about his supporters. “When someone says to me on the street I voted for you, I have to say you, person I’ve never met before, have changed my life. Thank you so much. I can’t even describe for you what you’ve done for me. I’m in a position right now that I’ve always wanted to be. If they didn’t vote, I’d be fu**ed, no matter how well I did this or how well I did that. I’m just so grateful. With my album, I want to give something back to them.”

Tyler also talked about spending time in the studio, doing a weekend event for BBC Radio 1 and a Isle of MTV show in Malta with will.i.am. “I always zone out when I’m on stage. I kind of don’t remember it. I just remember seeing a massive sea of people. It was mind-blowing,” Tyler said about the Malta gig. “It was mental. Then I came offstage, and I sat backstage and I had a TV screen and I watched the rest of Will’s performance, and Will did some DJ’ing and stuff. It was weird watching the screen, because I could see it for what it was, and I was like, ‘Oh my god, did I actually just go on that stage?’ It was mental and it was weird going there and back in one day. Yeah, I kind of don’t know if I’m coming or going. It was wicked.”