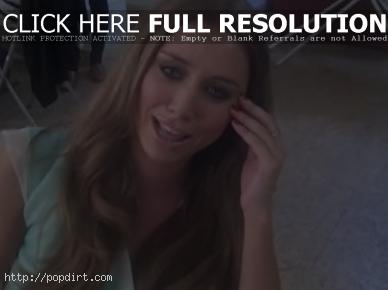 Una Healy and Rochelle Wiseman have the flip video rolling as The Saturdays singers rack up a pretty impressive list of TV ad jingles they hate, giving viewers a few impromptu renditions of the worst ones that include the ‘Two and a Half Men’ theme and commercials from Green Giant and Dannon.

“I’ll tell you what’s really annoying, I just Tweeted this the other day,” Una said. “TV adverts. Why are they so annoying?”

As for Charlie Sheen’s show, Una moaned, “Ben just sits at home and I come back and he’s going huh, huh, eating a pack of biscuits and drinking tea and watching ‘Men’.”