Vanessa Carlton Gets The Hives Prepping For ‘Harmonium’ 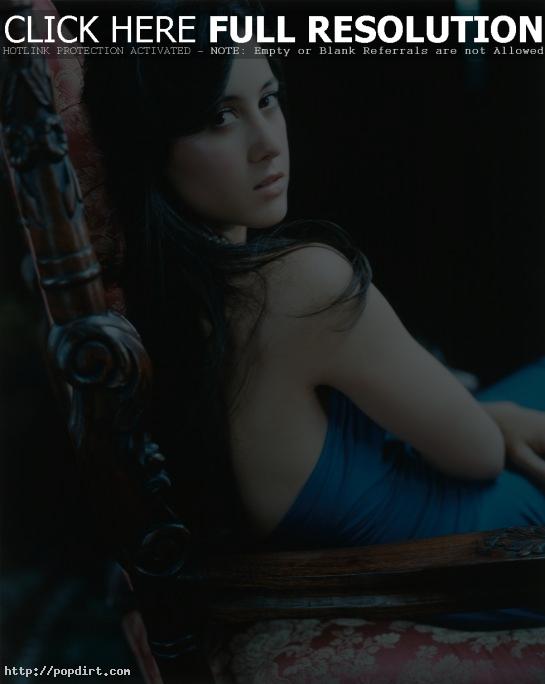 Vanessa Carlton wrote a diary update for Teen People’s April issue, the final entry the singer is providing the magazine. Carlton wrote, “I recently went to the ER with a killer case of hives – I think it was from the pressure of making the most important record of my career. One of the best ways for me to combat stress is to play music, so I was psyched when the Counting Crows asked me to do a show with them. Bob Weir from the Grateful Dead came out onstage – too cool! Anyway, my new album will be out in June. So get ready for ‘Harmonium’ domination. It’s a-comin’!”

February 5, 2004 – Vanessa posted a message to fans on her official forum on Wednesday (February 4). She writes, “Sooooo. Its been awhile. perhaps too loooooooong. But I’m working on my pride and joy and time seems to fly by. I’ve got a few surprise guests on this record. You’ll never believe it! I’ll leak out who it is soon enough. Being in LA is prime real estate for running into legends I suppose. Guys you’re gonna freak. I am. Peace. v.”

December 30, 2003 – In the February issue of Teen People, Vanessa’s has a segment called Vanessa’s Diary. It reads, “So you wanna know what I’m going through? Well, I’ve been in San Francisco recording my sophomore album. My days usually consist of waking up and driving to ballet class, where I proceed to sweat my brains out. As noon approaches, I head to the studio and meet up with Stephan Jenkins, my producer. Yes, I also date him (what a coup!). He’s the fantastic songwriter and the frontman for Third Eye Blind. After two months of discussions, tantrums and revelations, I am more than halfway through my record. I’ve decided to name it ‘Harmonium’, and it’ll be out later this year. This is my grassroots record-no bells and whistles, no drumloops, just harmonies and rhythms.”

December 24, 2003 – Vanessa posted a holiday message to fans on her official forum on Sunday (December 21). She writes, “It’s been too long. First off, I’d like to thank the few people who were picked to come to the DVD taping. I was overwhelmed by how far some of you traveled (through the raging snow no less!). For the rest of you, our time will come. I’m in the desert right now. I almost got bucked off a horse named Whitecloud about an hour ago. I squeezed for my life. Whew. Can’t think of a better way to spend the holidays. On to the record, look out for Teen People cause I’m doing little diary entries about the album for the next three months. By the way, I just wrote two new songs that are bumping some old ones off. I’m so proud of them. I do believe I have a new first single. Woohoo. Also, everything is moved back. I’ll be finished in March, the record is scheduled to be released in June. I promise it’s worth the wait. One last thing, out of respect for my online posse I will announce my album title before everyone reads it in the Teen People column… Drumroll… the name of the album is… ‘Harmonium’… Put that in your pipe and smoke it (not too hard though). Love you guys. Until next year. Peace.”

December 1, 2003 – Spin magazine caught up with several artists to get their take on their favorite music for the year, and their predictions for 2004. Many took the opportunity to jump from music to politics, predicting a bad November for President Bush. Vanessa Carlton said, “The bullsh**-coffee-house-singer backlash begins. This will be complimented by the end of Bush.” Moby added, ‘Everything will finally start to get better, and George Bush will be impeached for lying to Congress and the American people.” And Thursday frontman Geoff Rickly concludes, “Bush will be voted out of office.”