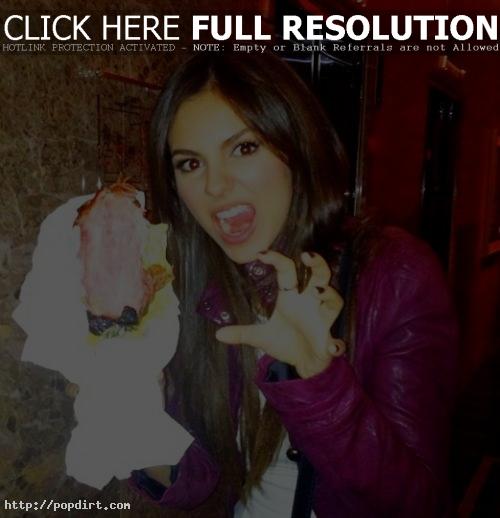 Victoria Justice sat down for an interview with RCN TV recently during a visit to London, talking about how much she appreciates her support, not having a single favorite fan encounter, why she thinks people are attached to ‘Victorious’, how she’s similar to character Tori Vega, what to expect on the show’s third season, moving on from ‘Victorious’, starring in ‘Fun Size’, and the possibility of a return of ‘Victorious’ with some sort of one-off special.

Talking about her supporters, Victoria said, “It’s incredible. It’s hard to even comprehend. I feel like the luckiest girl in the world and it’s absolutely crazy. Every time I see the fans waiting in line for hours and just standing there sometimes in the rain, they’re just phenomenal and their support means the world to me.”

On her favorite fan encounter, Justice said, “I can’t really choose just one honestly. So many of the fans have given me so many thoughtful little gifts because they know that I like mustaches or feathers or they’ll make a scrapbook, and it’s the sweetest thing. I love every single fan encounter.”