Westlife Held Over In Sydney 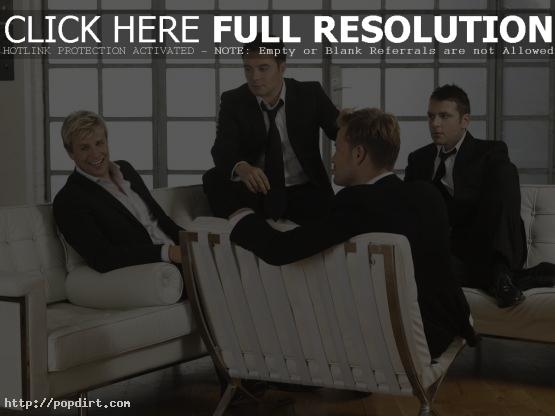 The Mirror reports hydraulics problems forced Westlife and fellow Qantas passengers to stay in Sydney another night on Sunday and instead depart on Monday. “The lads were told that cars would take everyone to hotels but none turned up,” a source revealed. “They had to track down someone from their record company to book a car – which arrived over two hours later. Because of the time difference they hadn’t even been able to find out where their album had charted. So they rang their manager Louis Walsh and woke him up.” After getting news they had edged Oasis to top the UK album charts, the veteran boy band was too tired to party.

«Rosie Tells Britney: Live With Me, Wear Some Panties
Britneyrella»