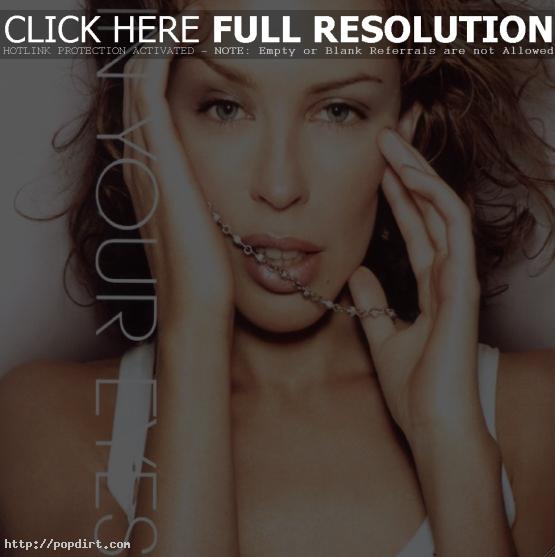 The Sun reports Kylie Minogue is prepping to go up against Westlife as the two acts will release new singles the same week. Kylie will release ‘In Your Eyes’ as Westlife drops ‘World Of Our Own’ on February 18. Westlife likely will prevail as only one single they’ve ever released hasn’t made it to #1, to Bob The Builder in December 2000.

January 4, 2002 – NME reports Kylie Minogue’s album ‘Fever’ will get a release in America on February 26 through Capitol Records. While the album has sold over 2 million copies worldwide thanks to Minogue’s international success, she’s yet to have much of an impact in the U.S. market. Kylie also plans a tour in the states, but no details on that have been given.

October 25, 2001 – While she’s virtually a non-entity in the largest music market, the United States, Kylie Minogue still is a megastar in the UK and Australia commanding 60,351 searches (one word search ‘KylieMinogue’ combined) during September on search engine Overture.com. While she’s in her 30’s, it didn’t stop ‘Kylie Minogue nude’ from topping the list of sub-queries. As for misspellings, ‘Kylie Minoque’ was tops with 3,422 searches. The Australian pop singer’s most searched song was ‘Can’t Get You Out of My Head’ with 682 queries.