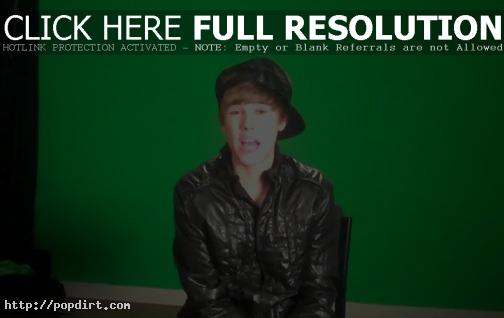 Toronto Star theater critic Richard Ouzounian spent some time with Justin Bieber during the taping of the pop singer’s segment for the CBC-TV holiday special, ‘Season of Song: The Canadian Tenors and Friends’, which airs Monday (December 13). Ouzounian documented 10 things he learned about the 16-year-old, including that the Bieb has “gotten really thin”, that “his hair has a life of its own”, and “he’s a considerate guy.” Read more.