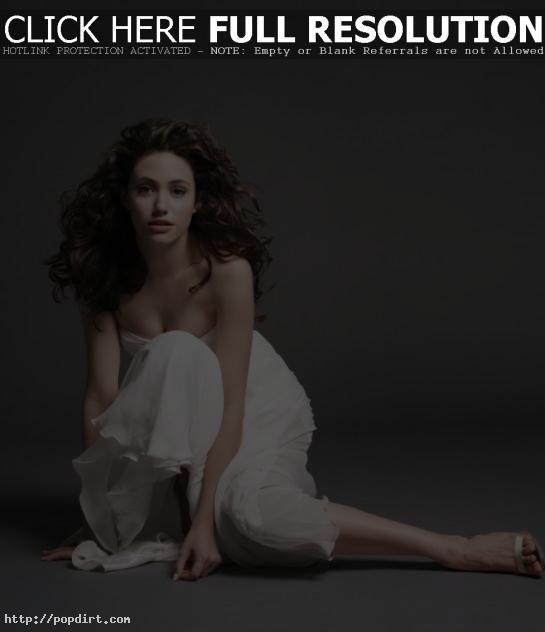 Yahoo! Music’s ‘Who’s Next’ features Emmy Rossum, where the 21-year-old actress talks about auditioning for the opera at age 7, showing off her musical talent in film roles, getting a record contract offer after ‘Phantom of the Opera’, musical influences such as Seal, Sting, Annie Lennox and David Gray, why her debut album is entitled ‘Inside Out’, how she describes her sound, and her songwriting process. Rossum then performed ‘Slow Me Down’, her debut single.

“My second grade teacher, she set up an appointment for me to go to the Metropolitan Opera to audition,” Emmy said about her musical beginnings. “I went over and there were a hundred kids auditioning. The chorus director called me into the room and she said sing Happy Birthday. I said okay. I was 7. So she played it on piano and she said welcome to the opera. I was just like home. For the first time in my whole life I felt like I fit in. I never really felt like I fit in in school. I was not that cool person. It was just a place I knew that I fit in the world and I knew that I wanted to do that forever.”

“I worked with a bunch of producers before I found Stuart Brawley, from rock people to pop people,” Emmy said about the creation of her ‘Inside Out’ debut. “We just totally clicked musically and we had the same kind of influences and references and we thought the same way musically and we made this record together.”

On her sound, Emmy offered, “I think it’s pop, but it’s definitely not bubblegum pop. The whole bubblegum thing just wouldn’t fit very well with me. I would call my music ambient pop. I want it to be the contemporary woman. They’re not walking around in hot pants, you know, strong and vulnerable and they have history and they’re beautiful and sexy and feminine. That’s kind of the music that I wanted to write.”