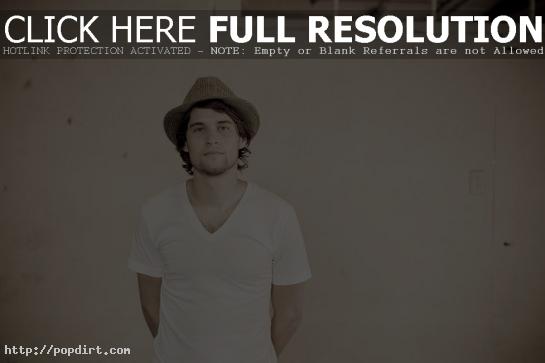 Matt Hires checked in with fans on his official web site blog on Monday (October 3), talking about how the Chicago alternative rock group Wilco is one of his favorite bands and what he thinks about the band’s eighth album ‘The Whole Love’, which was released last week on their own label dBpm. The Tampa singer songwriter, who released his debut album ‘Take Us to the Start’ in 2009, writes:

Since 2005, the band Wilco, from Chicago, has been one of my top 5 favorite bands. For me, they were one of those bands that I always heard about, but it took me a while to actually give them a listen. Then once I tried them out, it took me a while to actually get into them. Most of their music doesn’t really grab you at first listen. But once I really started listening and digging into their songs, I was hooked. Yankee Hotel Foxtrot and Summerteeth are two of my favorite records of all time. If you’ve never listened to them, do it! But start with Summerteeth, and give it time. You’ll probably love it eventually. Wilco released their 8th studio record titled, The Whole Love last Tuesday, and I’m really digging it. It’s probably my favorite out of their last few records. I feel like the strengths of each band member are put on display throughout The Whole Love in a way that the past couple releases didn’t quite capture. So far, some of my favorite songs are Dawned On Me, Black Moon, Born Alone, Whole Love, and One Sunday Morning. You should definitely give it a listen.

October 5, 2011 Jeff C News No Comments
«Nikki Yanofsky Lends Her Vocals To ‘Tom and Jerry & The Wizard Of Oz’
Shows Are Lykke Li’s Pearl In The Tour Oyster»