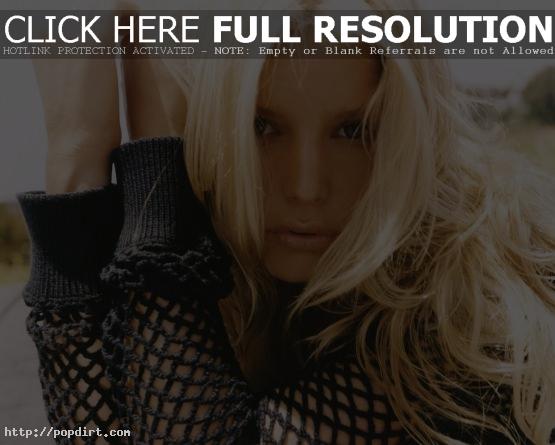 Star magazine reports that at Clive Davis’ pre-Grammy bash at the Beverly Hilton on February 12th, all eyes were on Jessica Simpson and John Mayer, after she was introduced by her father Joe. “Joe was practically throwing them together,” a witness revealed. “John was staring at Jessica’s breasts most of the night.” Later, at the EMI Grammy after party, Nicole Richie expressed how “everyone was talking about” the two. “They were practically hooking up at Clive’s party,” she told a source, adding, “It’s basically over with her and Nick, right?”

February 18, 2005 – Jay Leno joked during his Tonight Show monologue on Thursday night, “They haven’t finalized the title for the Jessica Simpson exercise video. I think it’s going to be called ‘Sweating To The Big Words’.”

February 17, 2005 Last week, ‘Extra’ correspondent Terri Seymour gave ‘American Idol’ rejects the Maynard triplets a Hollywood makeover, now the “overweight Jessica Simpsons” are getting vocal lessons with celebrity coach David Courey. The next stop for the girls will be Las Vegas, where they’ll meet their idol, Barry Manilow. Video has been removed from the ‘Extra’ website.