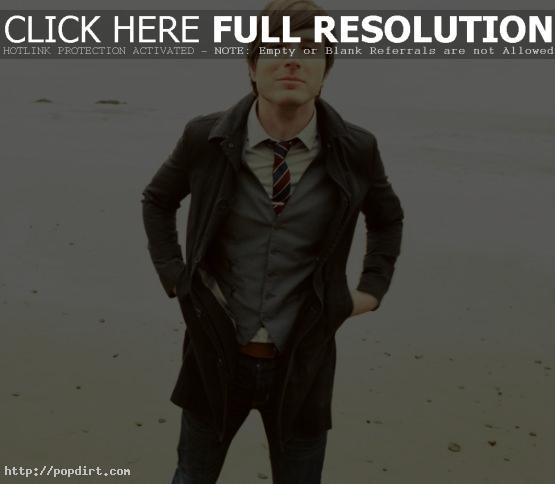 Owl City’s Adam Young recently stopped by to chat with JJ on Z100 in New York City to talk about what he’s been up to since the release of his hit single ‘Fireflies’, his game plan for making an album, how his duet with Carly Rae Jepsen happened, if he would date the Canadian pop star and more.

Asked about where he’s been since ‘Fireflies’, Adam said, “Just kind of stayed off the radar. I’m an introverted guy so I kind of have to close the door and recharge. I kind of kept the door closed for a long time. Now that I’m back I feel fully charged and it feels good.”

As for adjusting to his fast success, he admitted, “It was really new and it was really fast, so yeah, I was chasing after this roller coaster and I didn’t know where it was going. It was hard to kind of keep up with, but I’m grateful.”

On his thought process for making a new album he said, “Doing what I do. I think it’s important as an artist to never look back at what you’ve done and never repeat yourself. For me it’s all about trying new things and experimenting and keeping the gears going and trying to stay inspired. If you do the same thing it’s like anything. If you keep doing the same thing over and over, it becomes mundane. It’s all about taking it to the next level for me.”

As for the ‘Good Time’ collaboration, he said, “Our managers grew up together… They put us together on e-mail and I introduced myself to Carly and said, ‘Hey I’m Adam. I make this music called Owl City and I have this track called ‘Good Time’ and it would be great to have you down to do it.’ She wrote back and said, ‘Yeah, I know who you are and what you do and you’ve played twice in Vancouver and I was there.’ I had now idea, so they put us together and it’s one of those things where so rarely does the final product exceed the expectation and I just dreamed as big as I could and was like, yeah it will never work out with Carly. But it happened and there it is.”

As for chances he and Carly Rae could be dating, he said, “She has a boyfriend, so no.” If she didn’t have the boyfriend, would he go out with her? “Yeah, totally.” As for getting that thought out of his mind working with the ‘Call Me Maybe’ singer on a professional relationship, he said, “Yeah, actually. That’s kind of the way I roll with every attractive female. Oh, hang on a second. I’ve got to take a deep breath.”

One thought on “Would Adam Young Of Owl City Date Carly Rae Jepsen?”