‘You Rock My World’ Single Has Anti-PC Tech 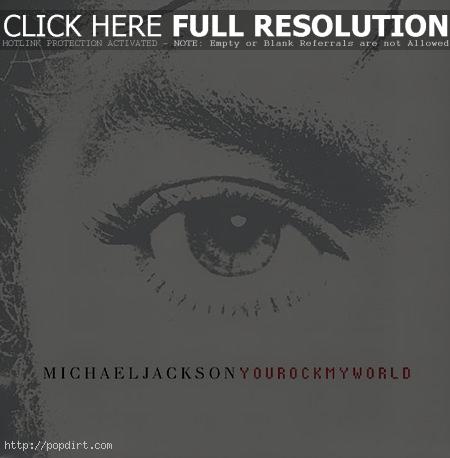 Dotmusic reports Michael Jackson’s CD single for ‘You Rock My World’ was copy protected using key2audio technology, which only allows the CD to play on conventional players.

Jackson’s spokesman said of the move, “Following the appearance of the song on the internet, promotional copies of Michael Jackson’s eagerly awaited single ‘You Rock My World’, that were sent to radio stations last month, were copy protected using the key2audio technology – one of several being trialled at the moment.”

“There are no plans currently to use similar technology on commercial releases of this record. As responsible copyright holders, Sony Music Entertainment has long been a proponent of protecting its artists and copyrights from piracy.

September 19, 2001 – The Village Voice’s Michael Musto reports following the Michael Jackson shows in New York, Wade Robson is saying he wasn’t thrilled with the recent concerts of the King of Pop many had criticized because of its dysfunctional list of stars. Musto recalled when Robson was questioned in ’94 because he said he’d slept in the same bed with Jackson.

September 18, 2001 – Alicia Keys, Michael Jackson, U2, Bruce Springsteen, as well as a handful of other music industry superstars will be performing Donny Hathaway’s, “SOMEDAY WE’LL ALL BE FREE” LIVE on the special television event, “America: A Show of Unity.” Alicia Keys joins a stellar group of artists to raise money and pay respect to those individuals who have lost their lives in the World Trade Center Attack. All proceeds will go to the World Trade Center Relief Fund, recently initiated by New York State’s Governor, George Pataki. The program will broadcast live from 9-11pm on Friday, Sept 21st on all four national networks, ABC, NBC, CBS, FOX, as well as, multiple networks internationally. Other artists to perform include Paul Simon, Stevie Wonder, and Sheryl Crow.

September 17, 2001 – Michael is planning to get top artists together to record a new song that will raise $50 million for the survivors of the terrorist attacks in the United States last Tuesday.

Destiny’s Child and the Backstreet Boys’ Nick Carter, Britney Spears, NSYNC’ Justin Timberlake and Mya are already slated to Jacko on the track.

Jackson said in a statement released on Sunday, “I believe in my heart that the music community will come together as one and rally to the aid of thousands of innocent victims. There is a tremendous need for relief dollars right now and through this effort each one of us can play an immediate role in helping comfort so many people. We have demonstrated time and again that music can touch our souls. It is time we used that power to help us begin the process of healing immediately.”

September 12, 2001 – The Globe is reporting insiders have told them Michael has promised to tone down his weirdness and go mainstream. An insider told the Globe, “He’s telling people this is a ‘new Michael.'”

“He’s not hiding out at his fairy-tale ranch or behind some strange disguise. Every time you turn on the TV now, there’s Michael’s smiling face. He’s back – big time!”

Sources say Michael understands his odd behavior has cost him both with fan support and album sales and reportedly admitted to a pal, “I’m a lot different than I used to be. I want to give people something to cheer about again.”